The usefulness of bees for humans was known early on in history. That is why the honeybee was in high regard in many cultures and countries.

In the Netherlands almost all farmers used to have few beehives on their farm in the old days. Having bees around in day to day life was common.

In the past hundred years the number of beekeepers in the Netherlands declined rapidly. Right after the war we still had about 32,000 registered beekeepers. But nowadays we have only 6,500 beekeepers left.
The decline had multiple reasons. The main reason is that beekeeping is no longer a profession that can generate enough income for a living, it has become more of an on the side job or a hobby.
And beside that, the population of beekeepers is aging. The average beekeeper is 60 years of age.

The last few years we see a growing interest in beekeeping again. Mainly amongst younger people that are aware of the problems the honeybees face these days. Internet and social media have contributed to this. 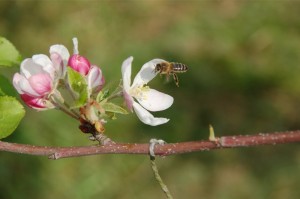